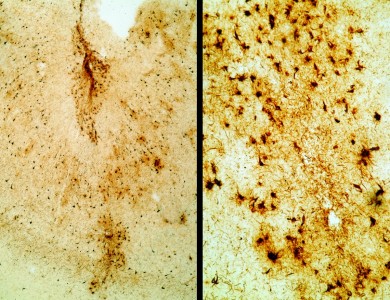 CTE has been found in the brains of 14 of 15 former NFL players thus far studied.

Their cases share a common thread — repeated concussions, sub-concussive blows to the head, or both. The picture beginning to emerge from these cases is that trauma could be causing brain damage.

A brain with CTE is riddled with dense clumps of a protein called tau. Under a microscope, tau appears as brown tangles seen in dementia. But the cases of CTE have shown this progressive, dementia-like array in players well in advance of a typical dementia diagnosis, which typically occurs in the 70s or 80s. 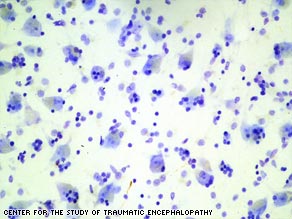 Scientists at Boston University have found evidence of CTE in the brain of an athlete as young as 18.

Symptoms that are common among many cases of CTE including problems with impulse control, an increasingly short fuse and headaches.

The alarming aspect is that we do seem to be seeing an increased rate in athletes who have early and moderate stage CTE. 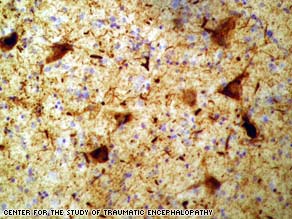