This disease, Alzheimer’s disease was first described by a German physician Alois Alzheimer more than 90 years ago. He first demonstrated the typical microscopic changes in the autopsy of a woman in her 50s who had suffered what seemed to be a mental illness. Through microscope he saw brain cells filled with twisted strands of fiber, surrounded by dense deposits – these features are the hallmarks of Alzheimer’s disease. In this disorder gradual decline of brain function leads inevitably to death, anywhere from 3 to 20 years after the disease is diagnosed. 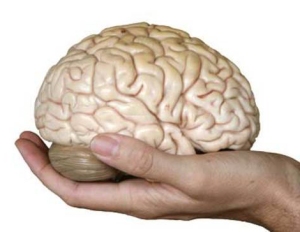 Some Facts about Alzheimer’s Disease:

Alzheimer’s disease is a progressive Dementing disorder characterised by the neuropathological findings of loss of cerebral neurons accompanied by senile plaques and neurofibrillary tangles.

Familial, or early-onset, Alzheimer’s has been linked to defects in genes on chromosomes 1, 14, or 21. All are involved in processing the sticky protein that forms the dense deposits known as amyloid plaques seen in the brains of people with the disease.

Researchers discovered a link between late-onset Alzheimer’s disease and a gene on chromosome 19 called ApoE. One variant, called ApoE4, is much more common in Alzheimer’s patients than in those without the disease.

Testing for ApoE4 is available, but experts don’t recommend it for people who don’t have signs of dementia.

However, testing may be useful in pinning down or ruling out a diagnosis of Alzheimer’s in people with dementia symptoms. And for those whom doctors strongly suspect have the disease, the test results may indicate how well certain drugs will work.

Alzheimer’s attacks the brain and destroys chemical messengers that brain cells use to communicate with one another. A progressive, degenerative disease, it frequently starts with trouble remembering recent events or names of familiar people. The principle symptom is loss of recent memory — old events are often retained in crystal-clear detail, but today and yesterday are obscure.

While techniques have improved, no single test yet provides a definitive diagnosis, except for an examination of brain tissue after death. Nevertheless, physicians trained in the latest techniques can accurately diagnose the condition nine times out of 10 times.

Steps in the diagnosis of Alzheimer’s

Common conditions which could also cause Memory Impairment.

There are few diseases which have as bleak a future as Alzheimer’s disease. The disease has devastating effect on the personality of a person. Imagine a man with plundered memories, frayed personality and lost identity. Even a century after a German physician first described the condition, we still do not have definite answer to many questions, and we have no cure.

In recent years scientists have made advances and we know lot about this disease. It is now possible to diagnose the disease with as much as 90-percent certainty.
It is identified in three progressively worsening stages: mild, moderate and severe.

There is No Miracle available for patients with AD, But Some Drugs
that fight Alzheimer’s and have been approved by FDA.

Tacrine: The drug prevents the breakdown of acetylcholine, a brain chemical needed for normal memory and learning. It frequently produces a modest improvement in symptoms, increasing alertness and thinking skills. However, it’s temporary — the drug doesn’t significantly alter the course of disease — and it commonly causes gastrointestinal side effects, such as nausea, vomiting and diarrhea. More worrisome, it can cause liver damage. Patients must have regular blood monitoring to avoid liver problems.

Donezepil: Like tacrine, it boosts acetylecholine, with equally effective results. In addition, it produces fewer GI side effects, doesn’t cause liver damage and is taken once a day vs. the bothersome four-times-a-day regimen of tacrine. Consequently, almost all patients now start out on Aricept.

Memantine: (Namenda) is another type of drug approved for treating AD. Possible side effects include agitation or anxiety.

NSAIDs
A study has suggested that middle-aged people who used Ibuprofen, a nonsteroidal anti-inflammatory drug, or NSAID, for two years or more had as much as a 60 percent lower risk of Alzheimer’s. Other reports suggest that people with Rheumatoid Arthritis, who often take high doses of these drugs, have lower than average rates of the disease.

Estrogen
Several studies suggest estrogen guards against Alzheimer’s in women. In one study of 1,124 postmenopausal women, those who took estrogen had a 30 to 40 percent lower risk of developing Alzheimer’s.

Lithium
Lithum has been used for treatment of Manic depression. New research shows it may also help those with Alzheime’s disease. It is found that abnormal glutamate receptors play a role in manic depression. Since glutamate receptors are implicated in the brain cell death in Alzheimer’s disease along with Huntington’s and Parkinson’s disease. It raises the possibility of lithium being useful in the treatment of these neurodegenerative disorders.